Dementia and Incapacity: What is a Power of Attorney and is it Forever? 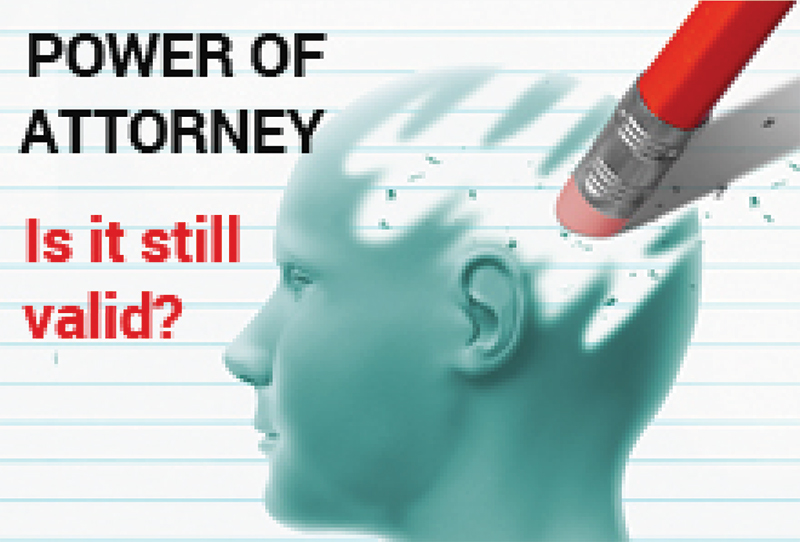 14 Oct Dementia and Incapacity: What is a Power of Attorney and is it Forever?

Posted at 11:30h in News by attorneys_admin
0 Likes

Although the actual prevalence per capita of dementia is reportedly on the decline, aging populations ensure that it is becoming more and more of a problem in society – for older people, their families and caregivers.

If someone close to you (normally an aging parent or relative) needs – or may in the future need – assistance with their financial affairs, your first thought will probably be a power of attorney by which the “principal” appoints an “agent” to act for him/her, either for a particular purpose (a ‘special power of attorney’) or generally (a ‘general power of attorney’). You may well have the same thought if you yourself are approaching old age and starting to plan for your future needs.

A power of attorney is certainly a quick, cheap and easy solution but be careful – it’s only a temporary one. It is not “forever”!

The downside – automatic termination (just when help is most needed)

Of course a principal can cancel his/her own power of attorney at any time, but what is not so well known is that it terminates automatically if and when the principal –

It’s this last scenario that catches most people unawares, because it seems so illogical for the power of attorney to lapse just when it’s needed most.

In practice there are probably many cases of powers of attorney continuing to be used to everyone’s benefit long after the principal has lost formal capacity, but an agent in that situation acts without authority and risks personal liability for doing so if the validity of anything done under the failed power of attorney is challenged.

So what are the alternatives?

What about an “enduring” or “conditional” power of attorney?

Unfortunately nothing concrete has as yet come of that, and although some legal commentators suggest that our courts might perhaps uphold a properly-worded EPA, the general consensus appears to be that they will not be recognised.

It boils down to this – take full legal advice on your particular circumstances.