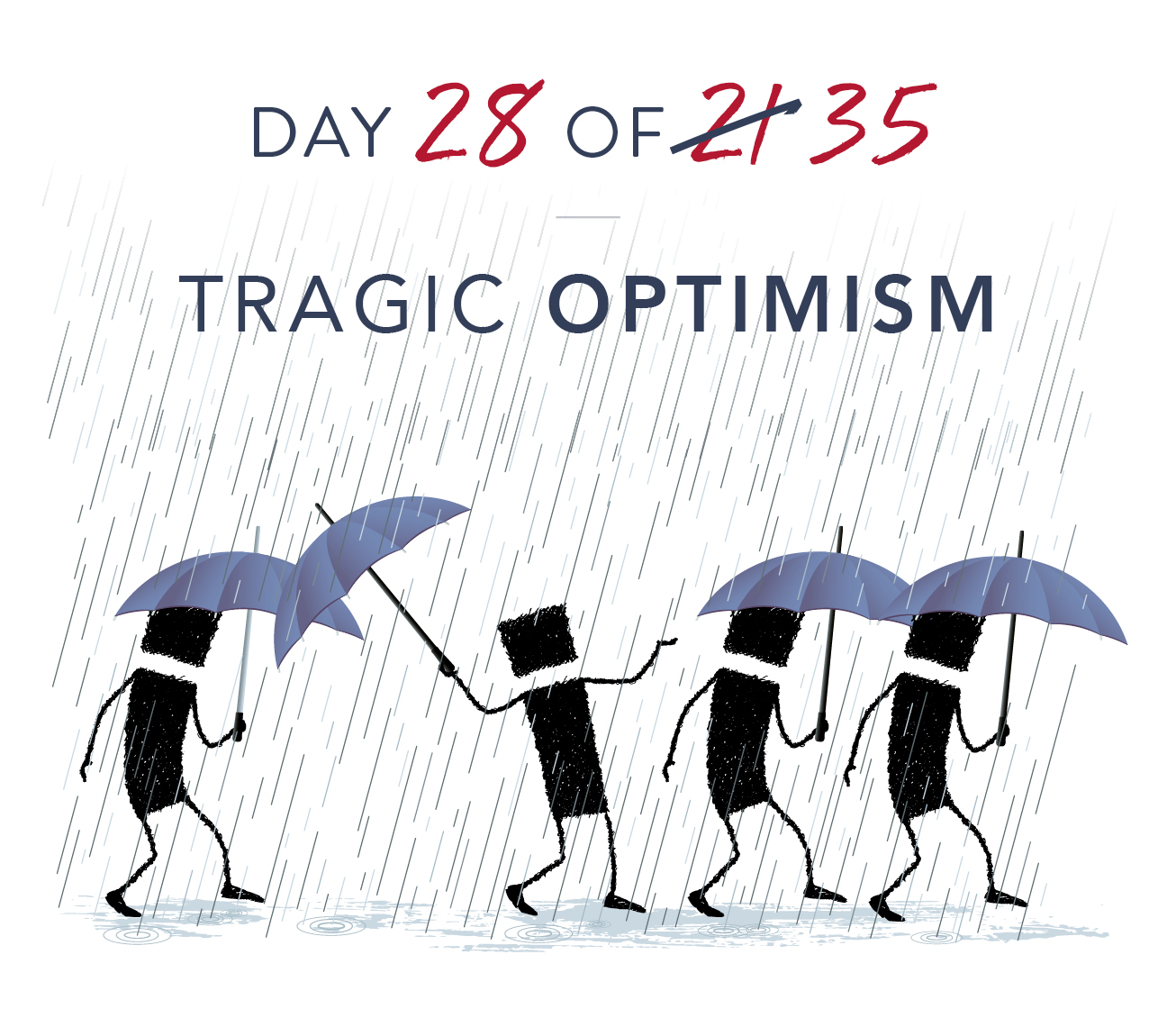 As we hold our breaths in anticipation of the Presidential announcement this evening, many of us are encouraged to manage our mental health by distracting ourselves from bad news and difficult feelings, to limit our time on social media and to exercise, read inspiration books or cook or paint or do things meant to distract us from what is happening around us. However modern psychology looks at a term called “tragic optimism” in which persons who are more resilient during a crisis of this magnitude seem to look for meaning, rather than happiness. So instead of forcing happiness by constantly embarking in distracting activities, it is believed that those who are more resilient during crisis, will in fact look at the tragedy and try to find meaning in the tragedy itself.

New Tork Times reports that although it may seem inappropriate to call on people to seek the good in a crisis like this, study after study of tragedy and disaster show that, that’s what resilient people do.

This doesn’t mean that people should endure adversities with a smiling face and should avoid distracting activities like exercise that make us “happy”. It is however said that tragic optimism is not the same thing as happiness. It is too often a characteristic of our culture that, again and again, one is commanded and ordered to ‘be happy.’ But happiness cannot be pursued; it must ensue. One must have a reason to be happy.

And if you think about it, when we search for meaning, though, we often do not feel happy. The things that make our lives meaningful, like volunteering or working, are stressful and require effort. But studies show, months later, the meaning seekers not only reported fewer negative moods but also felt more “enriched,” “inspired” and “part of something greater than myself.”

Does any of this mean the pandemic is a good thing? Of course not. It would be far better had the pandemic never occurred. But that’s not the world we live in. Life is, as Buddhists say, 10,000 joys and 10,000 sorrows. As much as we might wish, none of us can avoid suffering. That’s why it’s important to learn to suffer well.

Let’s be optimistic in this tragic time.